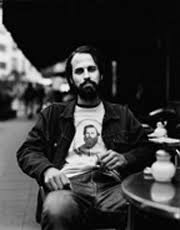 Poet/alt-country genius David Berman (lead singer of the elusive Silver Jews), in an interview with Pitchfork attesting to the fact that his band’s latest album, Tanglewood Numbers, got a little help from the occult:

Joe Funderburk, the guy who mixed this album… is a white witch from Gulfport, Mississippi. During mixing he would have to take days off to go in the woods with the other witches and warlocks. One day he invited [Steve] West [the drummer] and I. I did not want to go, but we were just getting to know Joe and his wife, Rowena, and both of us wondered if we insulted them by not attending their rituals [whether] they would cast some curse on the record…. So I made West go. Apparently, he danced naked in the woods. He was gibbering and covered in blood when he returned. I made him promise never to tell me what happened that night.